You are here: Home | MERZBOW 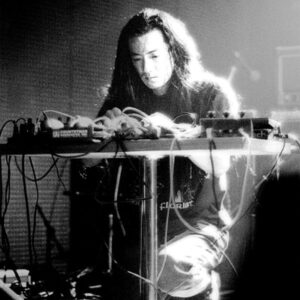 Vegan Straight Edge Noise Project by Masami Akita. Participated in the noise industrial scene in the early 80’s and started releasing mainly on overseas labels. In the 90’s, he released an album on the death metal label Relapse under the influence of Grindcore. In the 2000s, he resonated with mego’s “punk computer music” and adopted a live method using a laptop. Since around 2003, he has been practicing vegan (vegetarianism) from the perspective of “animal rights” (animal rights). He creates works with themes such as “against whaling,” “against dolphin fishing,” and “against fur.”In recent years, he has been making sounds mainly using analog equipment.